Menopause is characterized by estrogen deficiency, which reduces bone mineral density (BMD) and changes the bone structure, thus exposing women to a higher risk of osteoporosis and fracture. This period of hormonal changes is also associated with various autoimmune and inflammatory diseases. Understanding the involvement of the microbiota and its interactions with estrogen levels and the immune system could lead to preventive and/or curative treatments for menopausal women as an alternative to the standard hormone replacement therapy (HRT).

To prevent the risk of osteoporosis and fracture, menopausal women can decide between HRT or a treatment combining calcium and vitamin D. But in the US, where the types of hormones and their doses are different from those used in France, THM remains controversial since it is suspected to increase the risk of some female hormone-dependent cancers, including breast cancer. What are the alternatives?

According to a Chinese study10, probiotics associated with isoflavones (naturally occurring plant compound) could be a low-risk and effective alternative treatment for osteoporosis.

Efficacy of probiotics has been demonstrated in mice

Non-clinical tests have shown that the intestinal microbiota plays a role in bone metabolism regulation. First possible mode of action: through an interaction with the immune and/or endocrine (i.e. hormones) systems, both involved in bone metabolism. Second possible mode of action: by aiding calcium absorption, a mineral essential to bone formation and strength. The microbiota could thus promote bone formation as well as limit bone loss, although to a lesser extent.

All these results have led researchers to assess the benefits of probiotics to prevent osteoporosis and evaluate their efficacy in an animal model. Probiotics play a role at two levels: on the one hand, they increase microbiota diversity by restoring the intestinal barrier and modulating the immune response; and on the other hand, they stimulate calcium absorption and production of estrogen-like compounds. These promising results still have to be confirmed in women.

Isoflavones are compounds naturally found in some plants, especially soy and red clover. They have anti-osteoporotic effects which are boosted by the concomitant administration of probiotics. They mimic certain modes of action of estrogens while counteracting others, i.e. they limit disorders associated with menopause while still protecting against breast cancer. A Danish study11 showed that the combination of isoflavones and probiotics associated with calcium and vitamin D supplementation was more effective than calcium and vitamin D supplementation alone to reduce osteopenia (loss of bone density). As a monotherapy or as a combination therapy with an anti-osteoporosis drug, probiotics could offer an alternative treatment to women who would rather use natural remedies to limit the progression of osteoporosis. 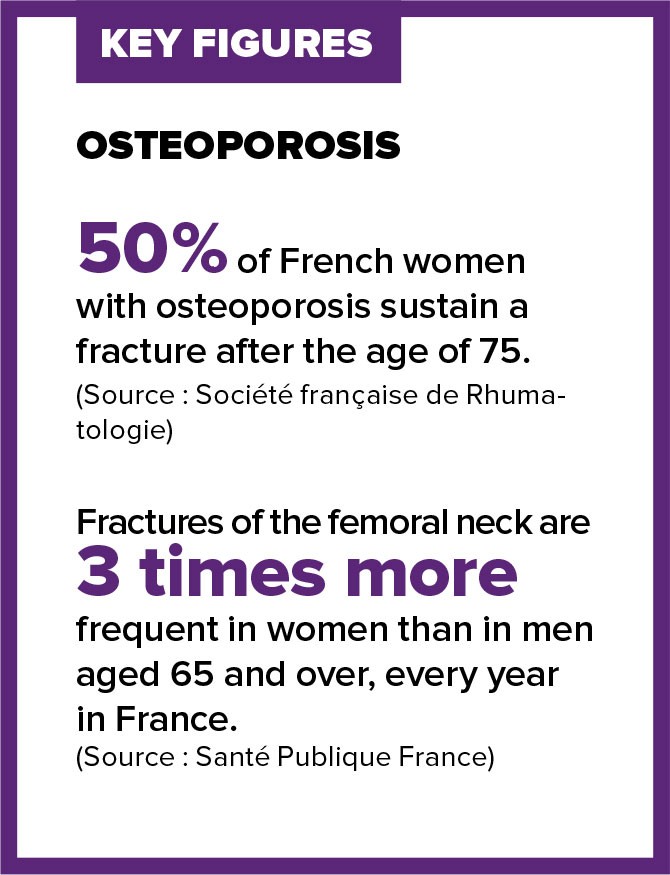 A microbiota vaginal
Cervical microbiome in postpartum HIV-positive women
Oral and intestinal microbiota: towards a different management of menopause
Publicação

As mulheres e a sua microbiota