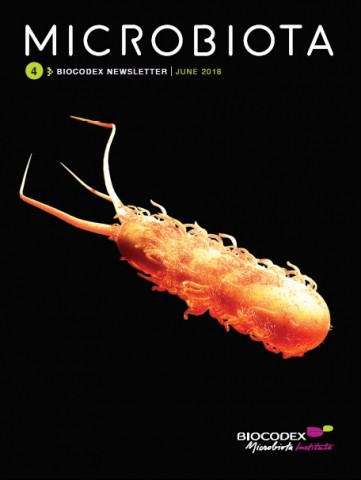 Over the past two decades, the prevalence of allergies has significantly increased in developed and developing countries. Overall, 20-30% of the world’s population currently suffer from allergies. This increase is of concern since children appear to be particularly affected. According to the World Allergy Organization, one in four European children suffers from an allergy. Allergic diseases are of multifactorial origin and may result from both genetic and environmental factors, thus risk factors and aggravating factors such as pollution or smoking are increasingly characterized and taken into account in preventive treatments.

In addition to this detailed analysis, international studies showing the presence of Fusobacterium nucleatum in primitive and metastatic tissues of most patients with colorectal cancer, suggesting a role in tumour progression, are discussed. In a second commented article, the adaptation mechanisms of Escherichia coli, a bacterium found in large proportions in children with cystic fibrosis, to a fatrich gut environment are stressed.

The feedback on the highlights of the GUT Summit (March 10-11, Rome, Italy) and of the 25th UEGW Congress (October 28-November 1, 2017, Barcelona, Spain) provides an opportunity to be kept informed of the latest advances in research. This is also the case for the press review, which focuses on the potential promising role of the gut microbiota on the efficacy of anti-cancer treatments with immunotherapy and on the relationship between delivery mode and infant microbiota regarding the intergenerational transmission of excess weight and obesity. Enjoy your reading!