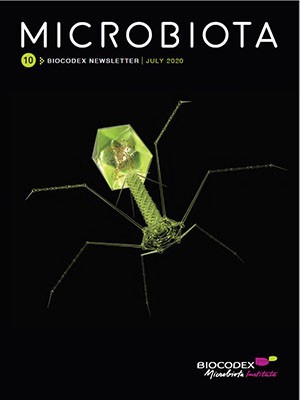 Isolated for the first time in 1935 by Hall and O’Toole in the faeces of a healthy infant, Clostridium difficile, recently renamed “Clostridioides difficile”, is a commensal gut bacterium found in 5% of adults and from 15 to 70% of children. Its species name, difficile, reflects the difficulties that its discoverers encountered in isolating and growing it in culture. Its reclassification to Clostridioides a few years ago was also complex.

The genus Clostridium was proposed in 1880 by Prazmowski based on the type species Clostridium butyricum and has become the “storehouse” of a large number of anaerobic, spore-forming Gram positive rod-shaped bacteria. Thanks to developments in sequencing technologies, the phylogeny of the genus Clostridium has been redefined, showing it to have a very wide phylogenetic diversity and the need to create new genera. The name C. difficile, or C. diff., is used worldwide and a radical change of name would have had wide ranging consequences. Changes for hospitals (names of tests and results, pharmacy codes, epidemiological materials, training handbooks), for national and international health organisations (websites, official literature and documents) and also for the pharmaceutical and biotechnology industries would have proved very costly overall. It is for this reason that the letter “C” was kept as the first letter of the new family name Clostridioides, literally: Clostridium-like organism. The responsibility de C. difficile in pseudomembranous colitis was demonstrated in 1978. Towards the end of the 20th century, the incidence of C. difficile infections rose considerably, to become the first cause of nosocomial infections, affecting all hospital departments, thus becoming a threat in need of urgent attention according to the CDC. The use of antibiotics weakening the microbiota is often suggested as a risk factor but it may now no longer be the only one: a 2018 study (discussed in our October 2018 Microbiota newsletter) demonstrated the possible role of trehalose, a widely used food additive, in the virulence of some epidemic lines of C. difficile. It is suggested that some of these strains are able to use small amounts of this sugar as a single carbon source for their metabolism, thus aiding their emergence and contributing to their virulence.

In this issue, Professor Ianiro evokes the importance of the gut microbiota in the physiopathology and also in the treatment of C. difficile infection: some risk factors (broad spectrum antibiotics, proton pump inhibitors) are associated with dysbiosis and therefore modulation of the microbiota (probiotics, faecal transplantation) is currently one of the options which can be envisaged to prevent or treat this infection.