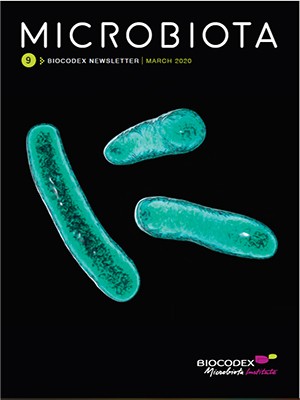 Penicillin, the first antibiotic, was discovered by the Scottish bacteriologist Alexander Fleming in 1928. This discovery earned him, along with two other researchers, the Nobel Prize in Physiology and Medicine in 1945 and sparked a true revolution in the treatment of infectious diseases. The benefits brought by the dozens of molecules available represent
an enormous progress which we are still taking advantage of today.

However, the World Health Organization (WHO) regularly warns us about the misuse of antibiotics. Both in human health and in the livestock industry (6,500 tons per year, not counting China and the United States), overuse has led to the emergence of resistant bacteria (environmental and pathogenic). “Never has the threat of antimicrobial resistance been more immediate and the need for solutions more urgent”, cautioned Dr. Tedros Adhanom Ghebreyesus, WHO Director-General, in early 2020.

In the wake of the WHO, the Centers for Disease Control and Prevention (Atlanta, Georgia, USA) published in 2019 a list of 18 resistant bacterial species – mostly pathogens – considered as concerning, serious and even urgent threats. Every year, these bacteria cause about 35,000 deaths in the United States and 33,000 in Europe (2015 data); some scientists estimate that these figures could rise to 10 million by the year 2050, and even surpass the number of deaths from cancer.

And the gut microbiota is not spared: antibiotics affect not only pathogens but also the commensal flora, altering its balance, sometimes durably: its return to “normal” can take 1 to 3 months and in some individuals may be incomplete. In this edition, Professor Francisco Guarner (Barcelona, Spain) explains the collateral damage of dysbiosis incurred by taking antibiotics and reviews the short, medium and long-term consequences to the individual and on the scale of populations.