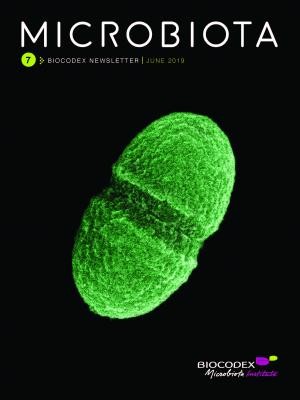 According to the World Health Organization, certain digestive cancers (stomach, oesophagus, liver and colorectal) accounted for 23.8% of new cancers diagnosed worldwide in 2018. Colorectal cancer alone caused nearly 900,000 deaths globally last year. Although it has long been known that diet has an undeniable influence on the occurrence of digestive tumours, the related link between these diseases and the gut microbiota has been advanced more recently. This has led to a paradigm shift in which cancer is now considered to be a disease with a strong environmental component. Runaway fervour or fundamentally true? If one believes the scientific literature – which mirrors the evident international craze – the second option could well bring its share of discoveries.

Professor Iradj Sobhani (Université Paris-Est Créteil and Henri-Mondor University Hospital, Créteil, France) sheds some light on this latter point in particular. He describes current evidence showing that the intestinal microbial community, as a whole, metabolizes anticancer drugs like gemcitabine and lowers its efficacy, and also influences the effects of ionizing radiation treatments and postoperative healing. He also mentions the deleterious effects of antibiotic therapy underlying the variability of response to anti-PD-1 and anti-PD-L1 immunotherapies in patients with metastatic cancer. A review that highlights the importance of the intestinal microbiota as a factor of personalized medicine in the booming field of immuno-oncology.