Functional gastrointestinal disorders are liable to manifest themselves from the first moments of life. The predominating pathologies vary according to age, but are accompanied by extensive involvement of the intestinal microbiota.

The main FGID in infants is colic. This disorder, whose pathophysiology is poorly understood, could originate in the microbiota and is thought to warrant new therapeutic approaches, as the efficacy of standard treatments has proven variable from one individual to another.

A DISEASE WITH IMPRECISE BOUNDARIES

Baby colic has an estimated prevalence of 5% to 28% depending on the study, and is a benign syndrome characterized by recurring bouts of crying, often accompanied by physical symptoms: clenched fists, straightened legs, facial redness. Appearing classically at around two weeks old, it reaches peak severity between 5 to 8 weeks and resolves spontaneously at around the age of 4 months. Its pathogenesis is still unclear, and diagnosis is currently based on Rome IV criteria. Organic causes are thought to represent only a small proportion of causes involved (5%). Additional factors such as an allergy to cow’s milk protein, family tensions and anxiety, etc. are likely to play a part.

An international team has proposed three etiological hypotheses which could lead to new therapeutic approaches: first of all, immaturity of the enterohepatic circulation and of the action of bile acids leading to malabsorption of fats and other nutrients, as well as possible side effects on the intestinal microbiota.8 Secondly, intestinal dysbiosis, triggering an increase in nutrient fermentation and reduced levels of dehydroxylated bile acids in the colon. Finally, immaturity of the enteric nervous system resulting in abnormal sensorimotor function in the intestines and colon. The future characterization of these three mechanisms, which display numerous potential interactions, could lead to a more specific diagnosis and personalized management based on targeted biomarkers.8 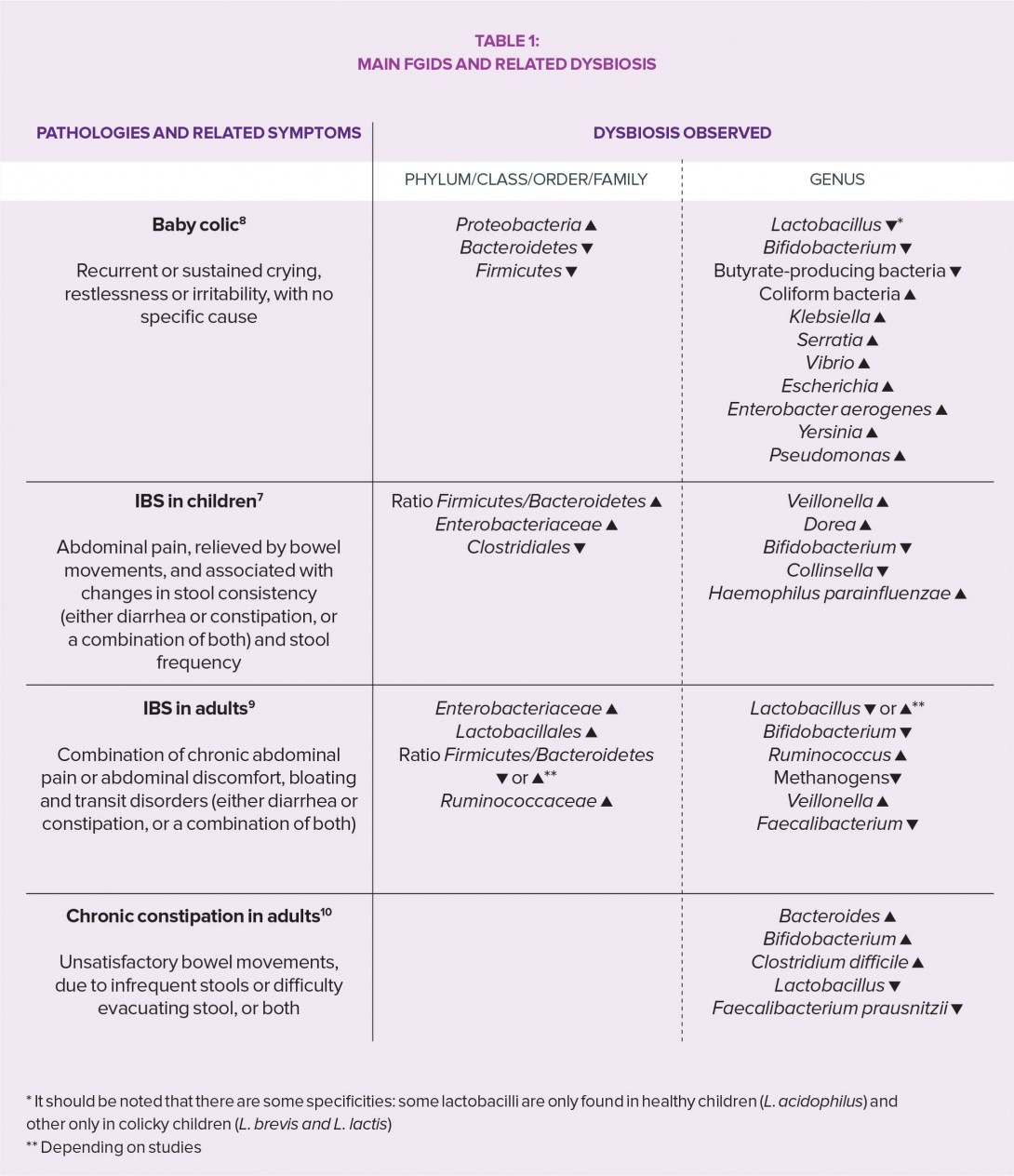