Children who are exposed to antibiotics early in life have a higher risk of developing celiac disease, an intestinal disorder triggered by the absorption of gluten, according to a large study conducted in Denmark and Norway.

Celiac disease is an autoimmune digestive disease caused by the ingestion of gluten, a protein found in some grains. Although a genetic predisposition is necessary to the development of this autoimmune disorder (related to an overactive immune system), which is different from gluten intolerance, other factors are involved. Because they cause an imbalance in the gut microbiota (involved in the maturation of the immune system), antibiotics are often held responsible.

If you are interested in the effects of antibiotics on your health and your microbiota, or if you want to know more about the World Antimicrobial Awareness Week (WAAW), we recommend that you go to this other dedicated page:

A Scandinavian team analyzed data from Denmark (1995-2012) and Norway (2004-2012) birth registries, as well as antibiotic prescriptions in children under 2. In total, over 1.7 million children, including 3,346 with celiac disease, were included in the study. Researchers have also examined various maternal parameters (age at pregnancy, duration of breastfeeding, maternal smoking, body mass index before pregnancy...). Finally, they asked the mothers which disease had affected their children when they were under 18-month old, and searched hospital records for infections in babies under one year old.

Analyses show that there is a positive correlation between exposure to antibiotics during the first year of life and the risk of developing celiac disease in both groups. The risk is increased in proportion to the amount of antibiotics ingested. But no correlation was found with the type of antibiotics used or the age of the baby during treatment. Results also exclude any link with other diseases–whether they are autoimmune or not–and with breastfeeding. The authors concluded that it remains to be determined whether it is an independent effect or an interaction with other risk factors such as infections, and urge others to pursue their work. 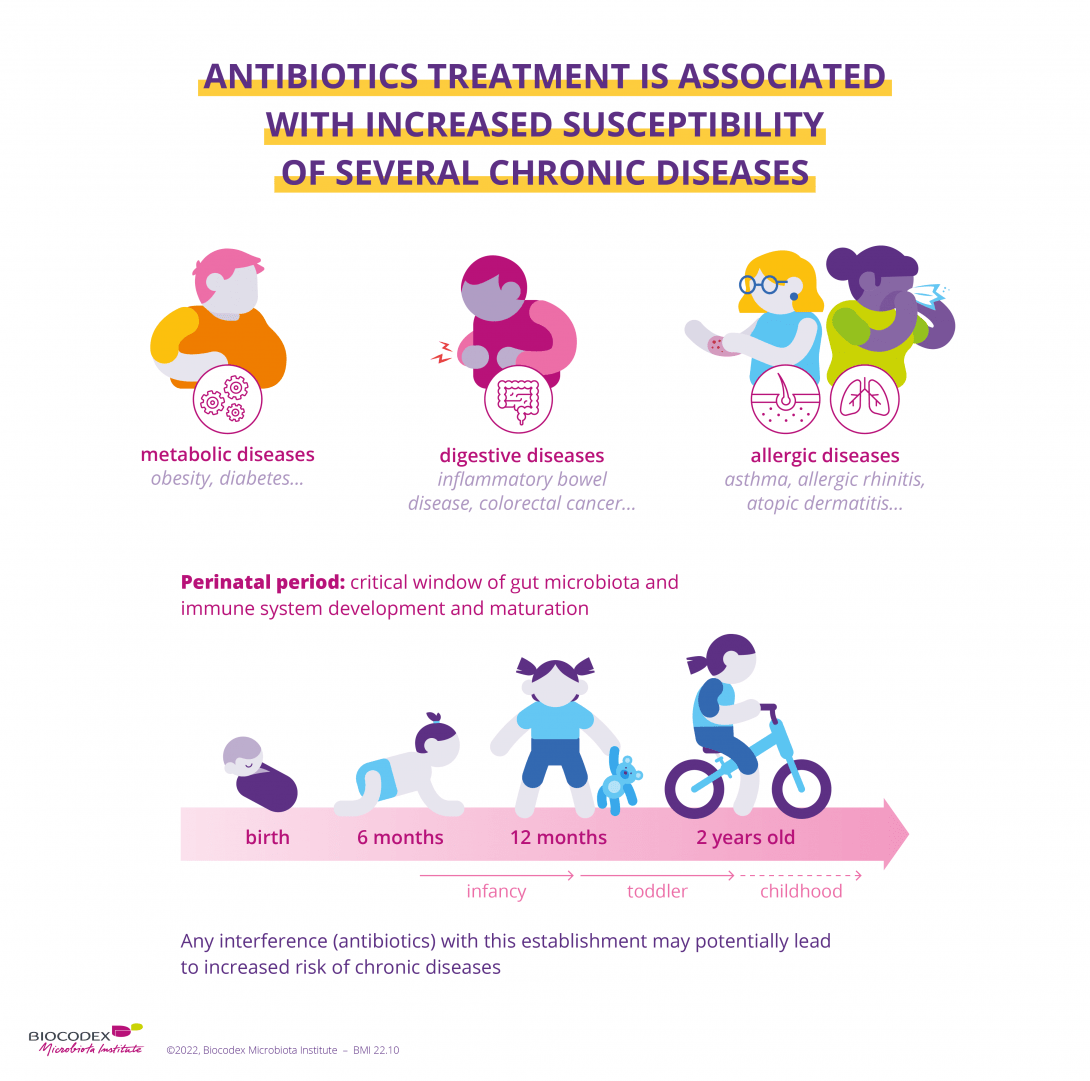