Probiotics
Probiotics: what are the benefits? Dr. Markus Eger : Probiotics, a complementary therapeutic option Prebiotics: what you need to know

Probiotics: essential information for understanding and choosing them correctly.
What exactly are probiotics? They were not “officially” defined until the 21st century. However, consumption of these beneficial microorganisms goes back to time immemorial.

Did you know? Our ancestors took the ancestors of today’s probiotics!1 From Neolithic times, fermentation of certain foods has been seen to hold incredible virtues. Milk, wheat, or vegetables became easier to preserve, tastier, easier to digest… and better for health.1,2

From the beginnings of time, at least 5000 years ago, the Egyptians, Romans and Hindus already appreciated fermented milk,2 and the Turks considered it to be the elixir of life. Is it the secret to their legendary strength? Three centuries before our era, Chinese workmen building the Great Wall of China ate fermented cabbage to keep healthy.2 The famous Hippocrates, “father of medicine” recommended that Olympic athletes eat cheese.1 Even the soldiers of the terrifying Genghis Khan found fermented milk to be a source of vigor that allowed him to win battles!3 But it was not until the beginning of the 20th century, particularly after Louis Pasteur’s work, that we discovered that these virtues were due to beneficial microorganisms.1

What is a probiotic?

Probiotics are “live microorganisms which when administered in adequate amounts confer a health benefit on the host”. 4,5
Do you need explanations for this original expert version?

On good form, ready to act: dead microorganisms are not probiotics!

which when administered in adequate amounts…

Just the right amount to act effectively and safely.

confer a health benefit on the host.

In this case, they have a positive effect on the health of the person taking them.6

A probiotic is not…

What are probiotic microorganisms?

Commonly called “microbes” or even “germs”, microorganisms are “microscopic” living beings, that means that they cannot be seen by the naked eye.12 They often consist of only one cell!

Microorganisms include bacteria, which are ubiquitous in our environment: they can be found in the earth, water, and even on and in our bodies!12, 13 Microscopic fungi can also be found: yeasts (from Saccharomyces, the baker’s yeast, to Candida, which causes fungal infections) or molds (like Penicillium, which gives Roquefort cheese its “blue” color, but also penicillin, the famous antibiotic).12,14,15,16 Viruses are also microorganisms, but as they cannot survive without infecting a cell, they are still not considered as “living beings”.12,17 There are also amoeba, microalgae, etc.18,19 This little world is actually gigantic: there is already a billion bacteria in a teaspoon of earth! But fear not! Over 99% of them are harmless for humans.12,20

The microorganisms that are most commonly used as probiotics are:

All are designated by a specific Latin name

Have you forgotten your Latin?

Think of a fruit salad with plums, cherries, peaches and nectarines. They all come from the same genus of tree, the Prunus. For example, the species Prunus avium gives cherries, while Prunus persica gives peaches - of which there are even more varieties: yellow, white, smooth or fuzzy, round or flat, etc.22

How are probiotics chosen?

Finding the “chosen ones” among the billions of species of microorganisms: that is the hard task that researchers face! Probiotic species often bear the names of their researchers, to commend their efforts: Saccharomyces boulardii was isolated by Henri Boulard23 and Lactobacillus reuterii (which is now called Limosilactobacillus reuteri24) by Gerhard Reuter25.

Regardless of whether they come from milk, fruit, or the human body, potentially beneficial microorganism species are studied from every conceivable angle in order to find the most promising strains.

What are probiotics for?

Our bodies contain several microbiota. The most important one is in the gut (that is, the “intestinal flora”), but there is also a microbiota of the skin, the vagina, the mouth, the respiratory tract, etc.28,29 Billions of microorganisms work together within these microbiota.28,30 The majority is harmless or beneficial for health.31 Some are potentially pathogenic; in other words, they could cause diseases, but their development is impeded by “friendly” microorganisms32. For different reasons, such as unhealthy eating, stress, disease, or a course of antibiotics, the equilibrium of the microbiota can be disrupted. This is called “ (sidenote: Dysbiosis Generally defined as an alteration in the composition and function of the microbiota caused by a combination of environmental and individual-specific factors. Levy M, Kolodziejczyk AA, Thaiss CA, et al. Dysbiosis and the immune system. Nat Rev Immunol. 2017;17(4):219-232.   ) ”.28,30 The composition of the microbiota is changed; it becomes weaker, beneficial microorganisms are less abundant, and pathogens seize the opportunity to colonize the space and multiply…33

Have you heard of "dysbiosis"?

By reinforcing the microbiota, probiotics can help it to maintain or regain its equilibrium, acting on our immune defense system by reducing inflammation, protecting us by attacking (sidenote: Pathogen A pathogen is a microorganism that causes, or may cause, disease. Pirofski LA, Casadevall A. Q and A: What is a pathogen? A question that begs the point. BMC Biol. 2012 Jan 31;10:6. ) or their toxins. They thus prevent or correct the disorders or diseases associated with dysbiosis.34,35,34 Nonetheless, depending on the strain, probiotics have different modes of action, and a specific beneficial effect may not be extrapolated from one strain to another.37

Why take probiotics? What are the benefits? What is in it for me?

Probiotics have several benefits for our health. However, according to the efficacy that each probiotic strain has shown in studies conducted on humans, they have proven their worth in very specific situations.5,38

How are probiotics made?

Probiotics are manufactured using a delicate technical process with strict quality controls at every stage of the production line. In fact, they must be produced in a way that guarantees the end product meets all quality and safety standards. The probiotic micro-organisms must stay alive, in a sufficient number and stable until the end of the product’s shelf life, be in the correct dose to produce the stated benefits, and be free from contaminants.5,6,51

This infographic is a simplified and non-exhaustive illustration of the process for selecting and manufacturing probiotics with theoretical examples of quality controls.

This step-by-step process is a simplified and non-exhaustive illustration of the process for manufacturing probiotics.

The chosen micro-organism is cultured with sterilized nutritional substances to encourage it to multiply.

After they have multiplied, the micro-organisms are separated from the culture medium using centrifugation or filtration.

The resulting paste then undergoes fast freezing followed by dehydration to extract any water; this is known as lyophilization, which evaporates at least 96%53 of the remaining moisture. This preserves the micro-organisms whilst ensuring they stay alive.

The “dry cake” produced by the lyophilization process is crushed into a fine powder then mixed (depending on the manufacturer's production methods) with (sidenote: Excipient Substance added to an active ingredient to improve the appearance, taste, or preservation of a medicinal product, or to make it easier to formulate or administer. Cha J, Gilmor T, Lane P, Ranweiler JS. Ch.12 Stability Studies (2011) in Handbook of Modern Pharmaceutical Analysis. Separation Science and Technology, 10 (C), pp. 459-505. ) .

The powder is then packaged in its final form (hard capsules, sachets, ampoules, etc.). The choice and quality of formulation will increase the stability of the product. They are then packaged in their outer container or box.

The batches are then delivered to their point of sale, e.g., a pharmacy.

At each stage of the manufacturing process - even sometimes at several points during a single stage - samples are taken and analyzed to ensure that the product is compliant, in other words to check for optimal quality and purity.6 The micro-organisms must still be alive and safe to consume.6 So that consumers can have complete faith in the quality of their products, some laboratories use not only internal checks but external independent assessors to ensure that the entire manufacturing and quality control process complies with regulations and best practice.27

Choosing the right probiotic among so many is not always easy, as you can see. Not all probiotics are the same. And no probiotic strain or combination of strains will have all of the beneficial effects reported here at the same time.50 Ask your doctor or pharmacist for advice; they will recommend the right products based on your health condition. 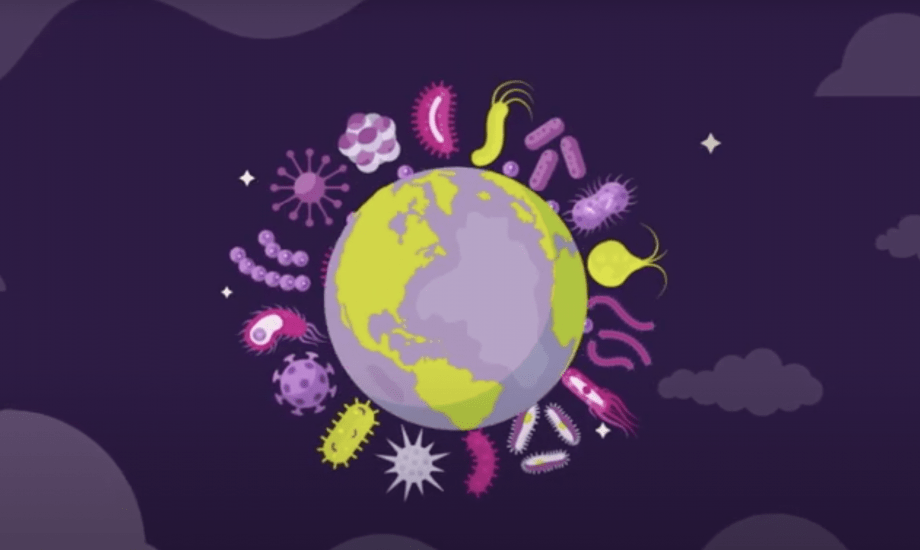 The Biocodex Microbiota Institute is dedicated to education about human Microbiota for General Public and Healthcare Professionals, it doesn't give any medical advice.

4 FAO/OMS, Joint Food and Agriculture Organization of the United Nations/ World Health Organization. Working Group. Report on drafting  guidelines for the evaluation of probiotics in food, 2002.

50 Video ISAPP : Probiotics : How to choose a probiotic?

Have you heard of "dysbiosis"?