This year’s Gut Microbiota For Health World Summit was held in Madrid under rather exceptional conditions due to the rising Covid-19 epidemic. As many participants could not physically attend the meeting, this report is somewhat more extensive than the standard congress reviews in this Newsletter.

The 9th edition of this symposium addressed various aspects of the microbiota including dietary and non-dietary factors shaping the gut microbiota and the role of microbiota on brain function and in modulating the immune system. In an introductory keynote lecture, Colin Hill (Cork, Ireland) underlined some roadblocks in the clinical translation of microbiome research. He made an appeal to adopt consensus definitions and to use precise language. The goal is to make microbiome science more numerate and use actual numbers of bacteria rather than only relative abundances and proportions. It tends to address the complexity related to microbiome individuality and to monitor the complexity of figures in order not to overwhelm readers.

Furthermore, he pointed out that the choice of methodology, such as biological vs. in silico methods, significantly affects the results.

For example, the faecal microbiome is only a very blurred approximation of the intestinal microbiome, intestinal transit times affect the composition of the microbiome and the conversion of in silico to in vivo methods is not always straightforward. Microbiome research should be a science where the highest standards are applied rather than a belief system.

Previous cross-sectional studies already indicated that the composition of the faecal microbiota depends on dietary patterns. In particular, people that consume a plantbased diet have a more diverse microbiota with a higher proportion of short-chain fatty acids (SCFA) producing bacteria compared to people on a western-type diet high in refined carbohydrates and fat. Changing diet from a standard American diet to a plant-based diet modified the microbiota and markedly improved the metabolic outcome of obese subjects as reported by Hana Kahleova (Washington DC, USA). Participants that switched to a plant-based diet for 16 weeks lost 5.8 kg of body weight, of which about two thirds was fat, and had improved insulin sensitivity compared to the control group that did not adapt its dietary pattern. Faecal Bacteroidetes and Faecalibacterium prausnitzii increased on the vegan diet, while Bacteroides fragilis decreased on both diets but less on the vegan diet. Furthermore, changes in bacterial composition correlated to changes in metabolic parameters. 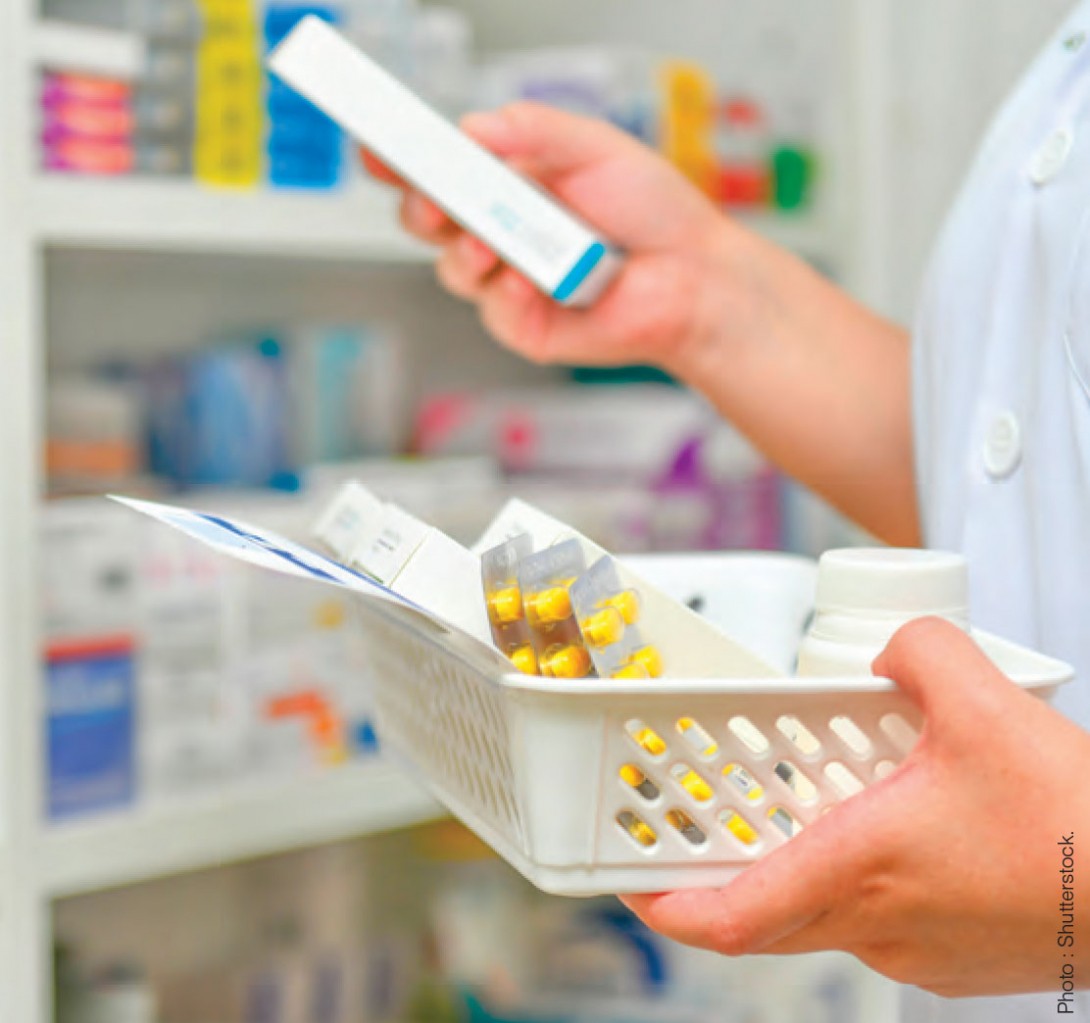 As highlighted by Rinse K. Weersma (Groningen, The Netherlands), drugs interact with the intestinal microbiota according to different scenarios. Some drugs like proton pump inhibitors (PPI) affect the microbiota composition and functionality. The higher pH locally in the gut due to PPI intake results in “oralisation” of the gut microbiota as oral bacteria manage to penetrate deeper in the gastrointestinal tract. The oral antidiabetic metformin also affects the gut microbiota composition by increased numbers of Akkermansia muciniphila and SCFA production which contributes to its antihyperglycemic effect. Immune therapeutics do not directly affect the microbiome but as the microbiome is involved in immune homeostasis, it indirectly determines the response to those anticancer drugs. Furthermore, the microbiota also modifies the activity of drugs by activating or inactivating them or by influencing their toxicity. For example, the conversion of levodopa by the gut microbiota makes it less bioavailable to the brain which may explain part of the variable responses of patients to this drug. To be active, the prodrug sulfasalazine needs to be split by bacterial azo-reduction in the colon into 5-ASA and sulphapyridine whereas the cardiac glycoside digoxin is inactivated by microbial metabolism. Finally, the gut microbial conversion of the oral antiviral drug brivudine into bromovinyluracil is involved in its toxicity.

Athanasios Typas (Heidelberg, Germany) highlighted that the impact of non-antibiotic drugs on the microbiota is extensive. By screening 1,200 marketed drugs in vitro against 40 representative gut bacterial strains, at least a quarter of non-antibiotic drugs with human targets was found to inhibit at least one strain.[1] This in vitro inhibition was reflected in the side effects of the drugs in humans and was concordant with existing clinical trials indicating the relevance of the screening strategy. Remarkably, there was a substantial overlap in susceptibility of gut bacterial strains for human-targeted drugs and antibiotics which was attributed to the fact that the same pumps, transporters and detoxification mechanisms are used for both groups of drugs. These results imply that polypharmacy may be a strong driver for antibiotic resistance.

The role of the gut microbiota in the gut-brain axis

In the last 30 years, very little progress has been achieved in therapy for mental health. John Cryan (Cork, Ireland) argued that the gut microbiota might provide a new target to improve brain health, despite it still being early days, as the gut microbiota affects brain health during different stages of life. The mode of birth that impacts the intestinal microbiota has been associated with neurodevelopmental disorders.[2] Mice born via caesarean section exhibit an increased stress response, higher anxiety and deficits in sociability. These effects can be reversed by targeting the gut microbiota. The fact that also germ-free mice show inappropriate brain development as evidenced by deficits in fear memory, increases in visceral pain and social deficits, corroborates a role for the gastrointestinal microbiota. Furthermore, during early adolescence, the brain is sensitive to microbial signals. Mice that received a high fat diet during the adolescent period had long-lasting differences in gut microbiota composition in adulthood, together with differences in expression of genes related to neuroinflammation or neurotransmission, although no overt behavioural changes in adulthood were observed.[3] In aged male mice, shifts in the microbiota towards a profile previously associated with inflammatory diseases were associated with increased gut permeability, peripheral inflammation and behavioural changes including deficits in spatial memory and increased anxiety-like behaviour.

Well known as a “happiness” hormone, serotonin actually has a much more complex biological function. It is involved in bone density and in neural, platelet and gastrointestinal function which makes it an attractive intervention point to improve health. The vast majority of serotonin is located in gastrointestinal tissues. Jonathan Lynch (Los Angeles, USA) pointed out that the gut microbiota critically regulates serotonin production by the host. Especially indigenous spore-forming bacteria promote serotonin biosynthesis via production of soluble metabolites that directly signal to colonic cells. This bacterial mediated induction of serotonin regulates gastrointestinal motility and platelet function in mice.[4] Furthermore, luminal intestinal serotonin concentrations also modulate bacterial colonisation in the gut. The relative abundance of spore-forming bacteria, in particular Turicibacter sanguinis, increases when luminal intestinal serotonin levels are elevated. T. sanguinis expresses a receptor homologous to the mammalian serotonin transporter SERT that allows importing of serotonin resulting in expression of sporulation factors and membrane transporters. These effects are reversed by exposure to fluoxetine, a serotonin reuptake inhibitor.

The gut microbiome and the immune system

Newborn babies acquire microbes at birth through vertical transmission from their mothers. This postnatal colonisation is assumed to be the main stimulus to the development and maturation of the immune system. Using a model of transiently colonising pregnant female mice, Kathy McCoy (Calgary, Canada) demonstrated that already during pregnancy the maternal gut microbiota shapes the function of the immune system of the offspring. Germ-free pups born to dams that were transiently colonised had increased levels of innate immune cells in the gut and increased expression of genes encoding epithelial antibacterial peptides and metabolism of microbial molecules compared to pups born to germ-free dams.[5] This maternal microbiota-mediated education of the immune system requires maternal antibodies that are transmitted to the offspring during pregnancy and in milk. Furthermore, the maternal gut microbiota protects pups from excessive inflammation. LPS-administration elicited a huge inflammatory response in pups born to germ-free dams whereas this response was blunted in pups born to colonised dams.

The period between birth and weaning, i.e. induction of a more diverse diet, is important for the ontogeny of the immune system, as highlighted by Gérard Eberl (Paris, France). The expansion of the gut microbiota that occurs at weaning induces a strong immune response that is associated with the induction of regulatory T cells [6]. Exposure of germ-free mice to microbes before weaning results in such (normal) immune reaction whereas no reaction occurs when the mice are exposed to microbes only after weaning, indicating that the immune system needs to be exposed to microbes in a specific time window.

Pathological imprinting resulted in increased susceptibility to immune pathologies later in life. How the immune system remembers needs further clarification. Hints in the literature suggest towards epigenetic regulation of immunes genes and imprinting of the expression of genes in myeloid cells or stromal cells. Most likely, many different cells are imprinted, the significance of which needs to be investigated.

Congress review
Metagenomics of the faecal virome: cumulative effect of the quantity of gluten and enteroviruses risk of coeliac disease autoimmunity in predisposed children – the TEDDY study
Vaginal microbiota #10
Focus