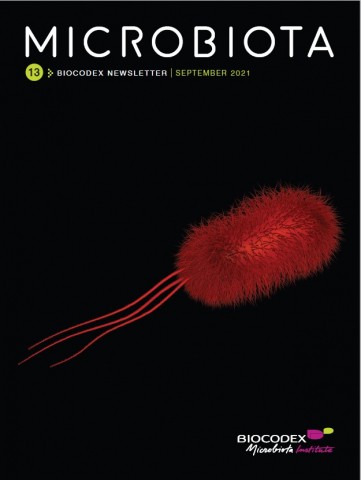 Dear readers, Irritable Bowel Syndrome (IBS) is a paradox. It is one of the most well-known gastro-intestinal disorders… but enigma for clinicians. A multifactorial disease, IBS is shrouded in mystery: the causes are poorly understood, diagnosis proceeds by the elimination of other diseases and the aim of treatments is an improvement in symptoms and not a cure. Although the physiopathology of IBS is not yet completely clear, an emerging avenue of research is the role of the intestinal microbiota which is thought may play a major part.

In this edition, Professor Premysl Bercik (McMaster University, Hamilton, Canada) highlights the implication of the gut-microbiota-brain axis in this pathology and brings some responses to this medical enigma.

First and fundamental question, what is the role of the microbiota in IBS? Several lines of thought provide evidence that the microbiota may be involved. First, it is widely recognised that gut bacteria have an impact on the physiology of the intestine. Secondly, bacterial gastroenteritis is the most important risk factor for IBS. Thirdly, the composition and the metabolism of the microbiota are different in patients with IBS compared to those in good health. Lastly, treatments directed towards the microbiota (antibiotics, probiotics) may improve symptoms.

Another question, how do the gut and the brain communicate with each other? The microbiota appears to have a key role in these interactions as demonstrated by numerous studies on mouse models (animal/preclinical). Clinical data also suggest that the microbiota is implicated in cognitive and behavioural disorders related to hepatic encephalopathy, in depressive disorders and in some anxiety disorders.

Although other avenues remain to be explored concerning the use of probiotics to improve some depressive or anxiety behaviour linked to IBS, the veil is gradually lifting on this mystery pathology.