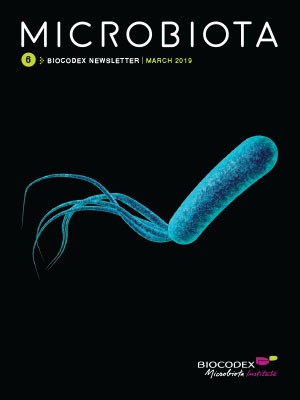 Celiac disease, first discovered by the English paediatrician Samuel Jones Gee more than 100 years ago, has since evolved in terms of status. Initially considered to be an exclusively paediatric disease characterized by malabsorption and exacerbated by certain dietary practices, it was later found to be a chronic autoimmune disease occurring at any age and characterized by systemic manifestations. The pro inflammatory triggering antigen – gluten – as well as the pathophysiology of the disease, are now well understood. Nevertheless, two observations raise questions today and need to be addressed. The first concerns the recent, rapid rise in the worldwide prevalence of celiac disease over the past 50 years; the second relates to the fact that only 2-5% of genetically susceptible individuals actually develop the disease, whether from an early age or after decades of gluten consumption.

In addition, the risk of developing the disease is probably increased by other genetic factors that still have to be identified. It is also increased by environmental factors, such as being born in summer or having gastrointestinal infections, known to raise intestinal permeability and passage of immunogenic gluten peptides across the mucosa. Conversely, the age at introduction of gluten, the amount ingested, antibiotic exposure and the type of childbirth are not thought to have an impact on celiac disease development.

Why are some genetically predisposed individuals asymptomatic? What role does the gut microbiota play in the loss of gluten tolerance and the disease onset? In this issue, Professor Elena Verdú, a renowned expert in the field from McMaster University in Hamilton, Canada, suggests some ways to answer these questions and explains that an altered microbiota composition is detected in children at risk or suffering from celiac disease, although no specific microbial signature has been established to date. These are avenues that need to be explored to complete our understanding of celiac disease, and potentially delay its onset – or even prevent it.

The link between diet and gut microbiota is also examined from another point of view in this issue: Professor Emmanuel Mas from the Hôpital des Enfants in Toulouse, France, comments on the impact, from birth, of diet and infant formula on the infantile gut microbiota and the short term consequences on overweight in young children. Lastly, Professor Harry Sokol from Hôpital Saint-Antoine, Paris, France shares the results of a study published in Nature Microbiology on the resilience of the gut microbiota of healthy young adults following antibiotic exposure.