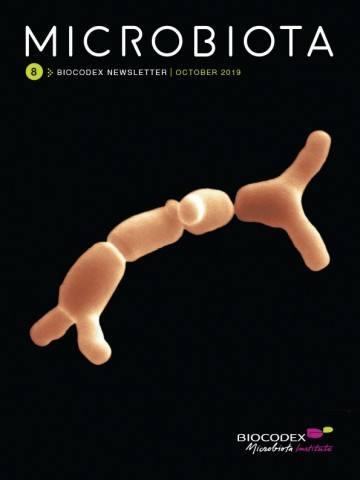 The World Health Organization (WHO) defines overweight and obesity as the abnormal or excessive accumulation of fat that presents a risk to health. Determined using the Body Mass Index (BMI), obesity affects indiscriminately children and adults, men and women, in both high and lowincome countries. The prevalence of this condition has almost tripled between 1975 and 2016, and it has become a major public health challenge in the 21st century. For several years the WHO has been conducting campaigns and action plans to increase the awareness of populations and governments in the various countries about the condition and how to prevent it. However, up to now these have had little success and not a single country has managed to contain the phenomenon.

Obesity is caused by an imbalance between the number of calories consumed and those expended, further induced and/or reinforced by a diet composed of high-calorie, high-fat and processed foods and a sedentary lifestyle characterised by low levels of physical activity. In addition to its recognition as being a potential disability in the workplace by the European Court of Justice in 2014, obesity also has multiple health consequences.

The concept of a ‘metabolic syndrome’ emerged several years ago. This term groups together non-communicable conditions such as obesity, disorders of carbohydrate homoeostasis (oral glucose intolerance, insulin resistance, impaired fasting blood glucose and type 2 diabetes), disorders of lipid homoeostasis (dyslipidaemia) and other cardiovascular risk factors (hypertension). This metabolic syndrome doubles the risk of early mortality and triples the risk of developing cardiovascular disease.

In her summary, Professor Yolanda Sanz (Institute of Agrochemistry and Food Technology, Valencia, Spain) explains the link between metabolic diseases and intestinal micro-organisms, which play a key role in nutrient metabolism, the regulation of sugar and lipid absorption, intestinal hormone synthesis, intestinal barrier regulation and immune responses. Her summary highlights that any alteration and reduction of microbial diversity can promote obesity and metabolic inflammation - thus leading to severe comorbidities - and that a diet rich in fibre, as well as faecal microbiota transplantation and some probiotics, are ways of preventing metabolic diseases by modulating the intestinal microbiota.

Microbiota is also implicated in Parkinson’s disease. Professor Harry Sokol (Hôpital Saint-Antoine, Paris, France) presents the results of a study published in 2019 in Science which suggests that in some patients modulating the efficacy of levodopa by acting on the microbiota could be an option.

In addition to these promising ‘pharmacomicrobiomic’ prospects, Professor Emmanuel Mas (Children’s Hospital, Toulouse, France) comments on recentworks published in The Lancet that mention the predictive role of the microbiota, which should now be taken into account in the therapeutic choices in children diagnosed with ulcerative colitis.