Review of the original article of Oliphant K et al. [1]

The early life gut microbiome plays a critical role in host development and influences brain functioning. This study investigated the association between gut microbiome succession from the first week of life and head circumference growth (HCG). Faecal samples were collected weekly from a preterm infant cohort in order to evaluate gut microbiome composition, in conjunction with clinical data and head circumference measurements. Preterm infants with suboptimal HCG trajectories had a depletion in the abundance/prevalence of Bacteroidota and Lachnospiraceae, which was unrelated to morbidity and caloric restriction. This article provides evidence that their integration into the gut microbiome needs to occur early for optimal neurodevelopment.

Neurodevelopment disorders are frequent in young children, affecting up to 8.4% of individuals under 5 years of age worldwide. Head circumference growth (HCG) is a marker correlated with early neurodevelopment.

It is important to seek environmental factors which could be modified to reduce neurodevelopment disorders. Interventional nutrition studies have failed to show significant results on neurodevelopment (e.g.: the benefit of breast feeding). The authors investigated the gut microbiome (GM) because its acquisition during the first months of life and the use of antibiotics during the first year are associated with various pathologies including neurodevelopment disorders later in childhood, in particular attention deficit hyperactivity disorder and autism spectrum disorder. The study objective was to determine whether there is a relationship between the characteristics of the early GM and a suboptimal trajectory of the HCG (SHCGT).

Infants of < 37 weeks postmenstrual age (Chicago neonatal care unit) were included between January 2010 and December 2018. HCG trajectory was the difference between head circumference z-scores measured at birth and at 36 weeks postmenstrual age (PMA); 0.5 z-score interval losses were used to define the groups having an appropriate HCG trajectory (AHCGT) or a suboptimal trajectory (mildly, moderately and severely impaired, SHCGT).

The β diversity of the GM differed significantly between SHCGT and AHCGT infants, as did the change in abundance of the taxa in the stool samples at 30 PMA. The loss in HCG z- score > 0.5 occurred between 31 and 36 weeks PMA in the SHCGT groups. This suggests that an «immature» GM precedes the SHCGT.

SHCGT infants had a significantly decreased abundance of Bacteroidota (p = 0.0009) (Figure 1) and Lachnospiraceae (p = 0.009), between 31 and 36 weeks PMA, which may result in a reduced carbohydrate utilisation capacity of these taxa. The prevalence of the Ruminococcaceae family (p = 0.007) was attributed to the species Faecalibacterium prausnitzii (p = 0.004), 48% in the AHCGT vs 8% in the SHCGT infants. It is to be noted that there was an increase in Firmicutes in the SHCGT groups from 24 to 30 weeks PMA (p = 0.009) but without any difference in the sub-taxa.

Analysis of the clinical parameters showed that changes in HCG were not due to caloric restrictions. There were more morbidities in the children of the SHCGT groups than in those with AHCGT: necrotising enterocolitis (p = 0.0006), severe neurological injury (p = 0.01), sepsis (p = 0.03). However, the analytical methods used, such as the random decision forest with permutations, showed that the most important factors associated with HCG trajectories were the characteristics of the GM rather than the comorbidities, whether from 24 to 30 PMA or from 31 to 36 PMA (Figure 2). In infants free from severe morbidities, the differences in Bacteroidota and Lachnospiraceae were still present but the abundance of Actinobacteriota was significantly greater in the AHCGT and in the mildly SHCGT than in the moderately and severely SHCGT groups. 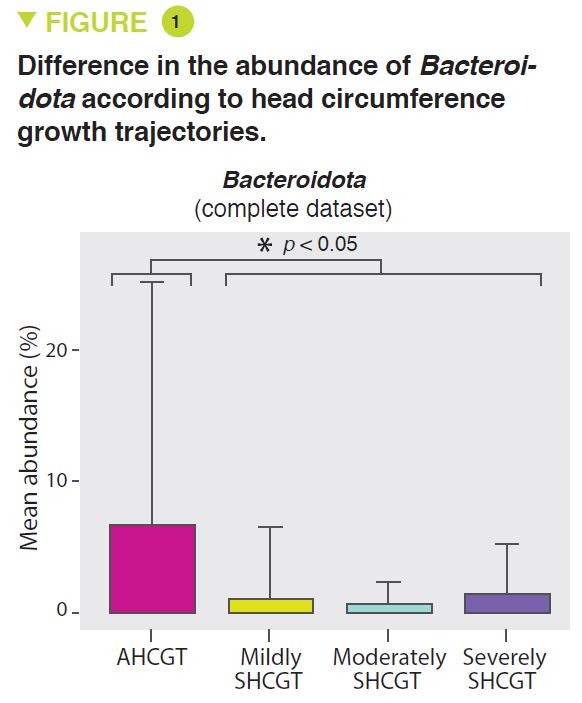 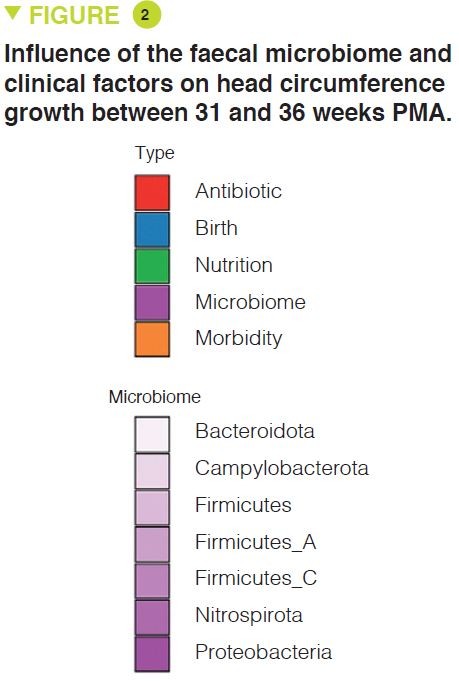 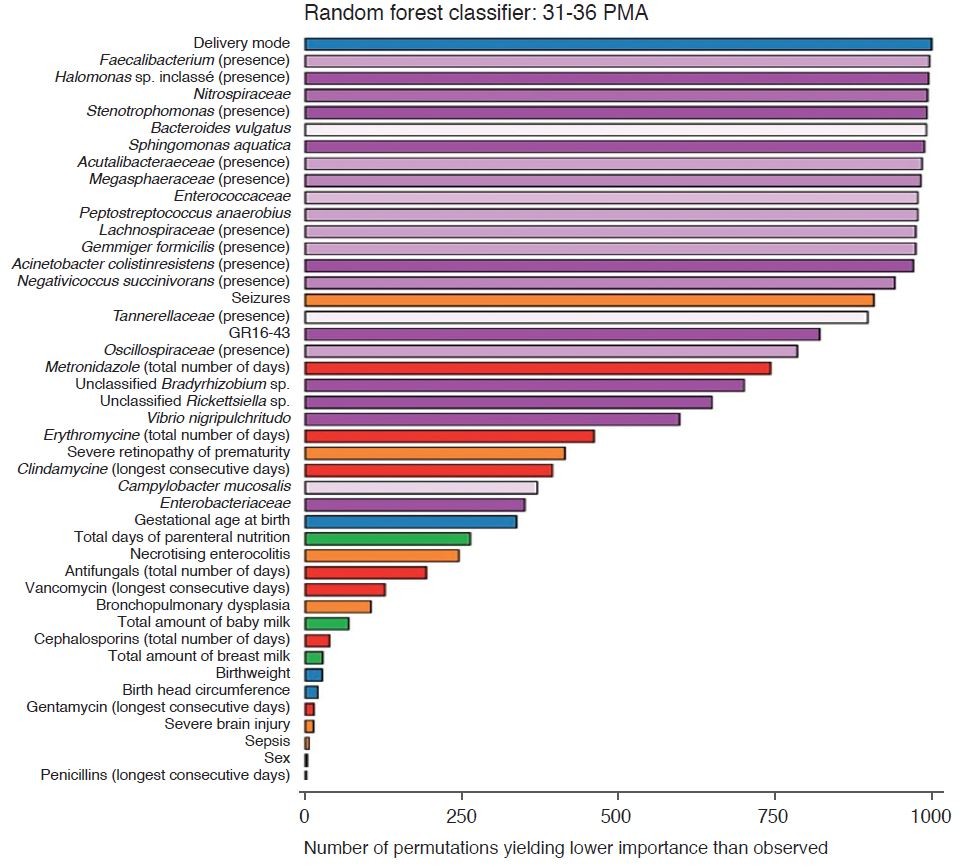 It is suggested therefore that SHCGT starts with a reduction in the abundance of Bacteroidota and Lachnospiraceae, and then is exacerbated with the reduction in Actinobacteriota.

One must however be vigilant concerning infants born before 27 weeks PMA because even those delivered vaginally appear to be at a higher risk of SHCGT.

Studies designed to optimise GM from the first days of life in very premature infants may confirm and refine these results.

Association between IBD and greater amounts of microplastics in stool