Gut-brain axis and ADHD in adolescents

Some harmful systemic changes linked to intestinal dysbioses could present themselves in the form of attention deficit hyperactivity disorder. Dopamine precursors synthesized in the intestine could reach the central nervous system (CNS) and heighten the risk of developing this type of pathology

Attention deficit hyperactivity disorder (ADHD) is another class of neuropathies possibly involving the human microbiota. It is associated with abnormal dopamine neurotransmission and reward processing deficits via the underlying neural circuits, in particular in the ventral striatum. The microbiota could contribute to these changes through the gut-brain axis.10 The hypothesis was explored through characterization of the intestinal microbiota of adolescents and young adults with attention deficit hyperactivity disorder, in addition to an analysis of cerebral responses to emotional stimulation.12 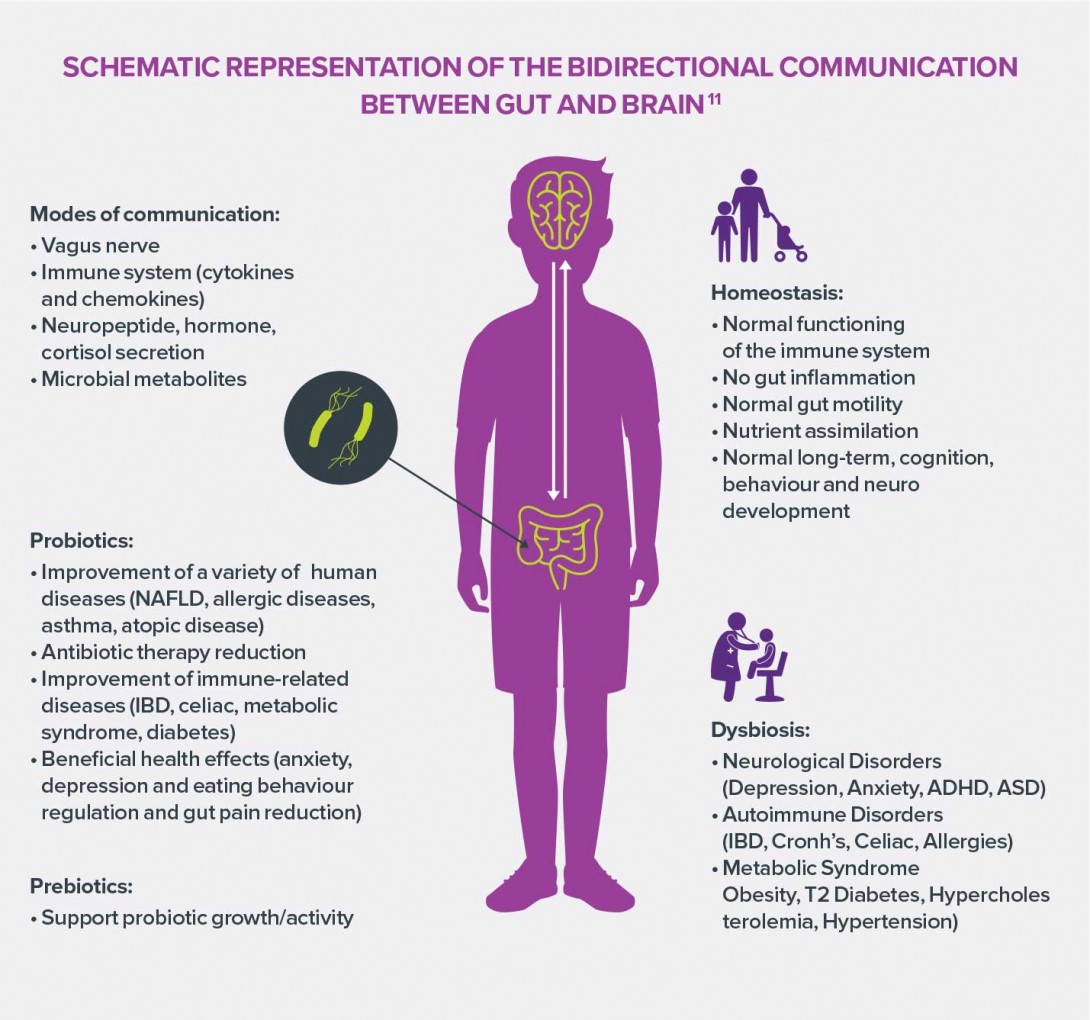 Analysis of the intestinal microbiota by 16S rRNA sequencing has provided an identification of the bacterial populations in adolescents with ADHD. Functional imaging was used to compare the intestinal microbial populations and cerebral responses to stimulation of reward processes in some participants, independently of the initial diagnosis. Characterization of the microbiota revealed changes, in particular an increase in Bifidobacterium in ADHD subjects. These bacteria, which are predominant in their intestines, possess a gene encoding cyclohexadienyl dehydratase, an enzyme involved in the synthesis of phenylalanine, a dopamine precursor capable of crossing the blood-brain barrier. Consequence: an increase in brain dopamine levels leading to an increased risk of neurological disruption.

This increased production of monoamines driven by the intestinal microbiota is correlated with a decrease in neural mechanisms of reward anticipation in the ventral striatum, another ADHD marker. This link was confirmed by imaging: subjects presenting with intestinal dysbiosis displayed “intolerance to delayed reward” (inability to tolerate deferral of a reward), considered by many experts to be the fundamental mechanism of the pathology. The intestinal microbiota thus seems to be a new factor in the etiology of attention deficit hyperactivity disorder, as its composition has a direct impact on the synthesis of cyclohexadienyl dehydratase. Whilst the possibility of dysbiosis linked to ADHD is not excluded, further investigations are required to specify the level of interactions, as well as the functional effects of microbiota on psychiatric disorders in general (OCD, phobias, anxiety disorders…).

10 The gut-brain axis includes the means used by the intestine to communicate with the brain (especially the NCS), and conversely

Discovery of a new link between autism and gut microbiota