In children, the development of cystic fibrosis has already been correlated with changes in respiratory tract microbial populations. This relation could provide answers to improve the understanding of the pathogenic mechanisms of other respiratory pathologies. Better characterization of the different microbiota could also help develop more targeted, less invasive assessment, diagnosis and treatment methods.

Detailed characterization of the respiratory tract microbiota demonstrates the specificity of the bacterial populations of children with cystic fibrosis. This could be a path towards identification of risk factors for pulmonary infections and better patient care. 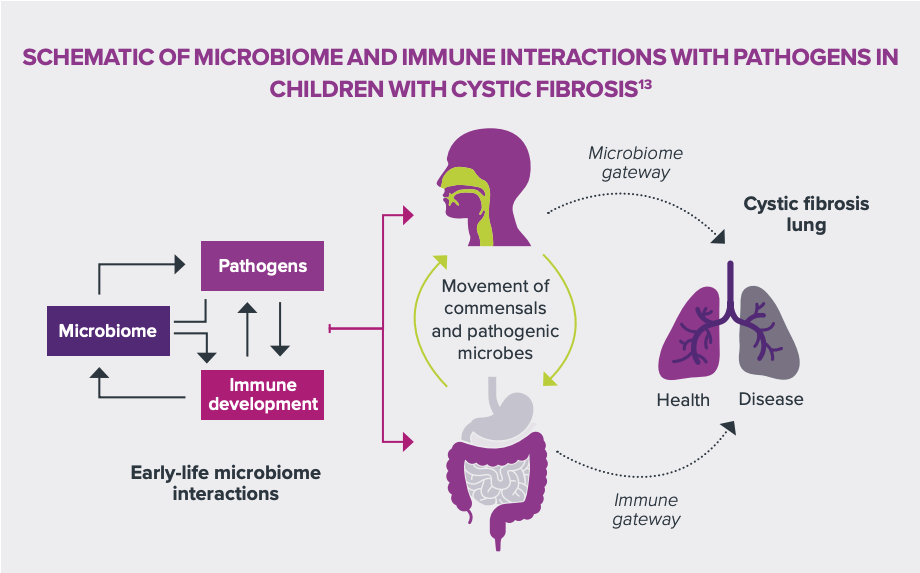 Recent technical progress in molecular screening, sequencing and metagenomic analyses are contributing to the detailed characterization of human respiratory tract microbiota. This growing precision is accompanied by a better understanding of the complex relationships between the different populations of microorganisms and the respiratory system of their host, whether the latter is healthy or not. In this respect, cystic fibrosis is a good illustration. Pulmonary infections, which play a determining role in the pathogenesis of the disease, display changes over time. Relatively benign infections with Staphylococcus aureus and Haemophilus influenzae in early childhood, can progress to persistent infections with Gram-negative bacteria such as Pseudomonas aeruginosa, which become increasingly severe with age. This progression is accompanied by harmful changes in the respiratory tract microbiota and raises an underlying question: are these dysbioses the consequences of infectious episodes, or do they contribute to their development?

In the absence of answer regarding causal relations, a literature review has identified the differences between a healthy respiratory microbiota and a microbiota disrupted by cystic fibrosis.14 The first is diversified and characterized by a predominance of one or two bacterial genera among the following: Staphylococcus, Dolosigranulum, Corynebacterium, Haemophilus, Streptococcus and Moraxella. The last three expose patients to a higher risk of developing acute respiratory infections. In contrast, children with cystic fibrosis have a less dense and less diversified bacterial environment, marked by the predominance of Corynebacterium and Streptococcus. This dysbiosis seems to become more pronounced with time and disease severity, and the terminal phase can be associated with the presence of only one or two pathogens.

HOW TO IMPROVE PATIENT CARE

Once a better understanding of the characteristics and progression of the respiratory tract microbiota in individuals with cystic fibrosis was obtained, the question of the interactions between dysbioses and structural and functional development of pulmonary infections arose. A detailed elucidation of the mechanisms at work could help identify the potential pathogenic or protective factors in order to strengthen prophylactic and therapeutic approaches. 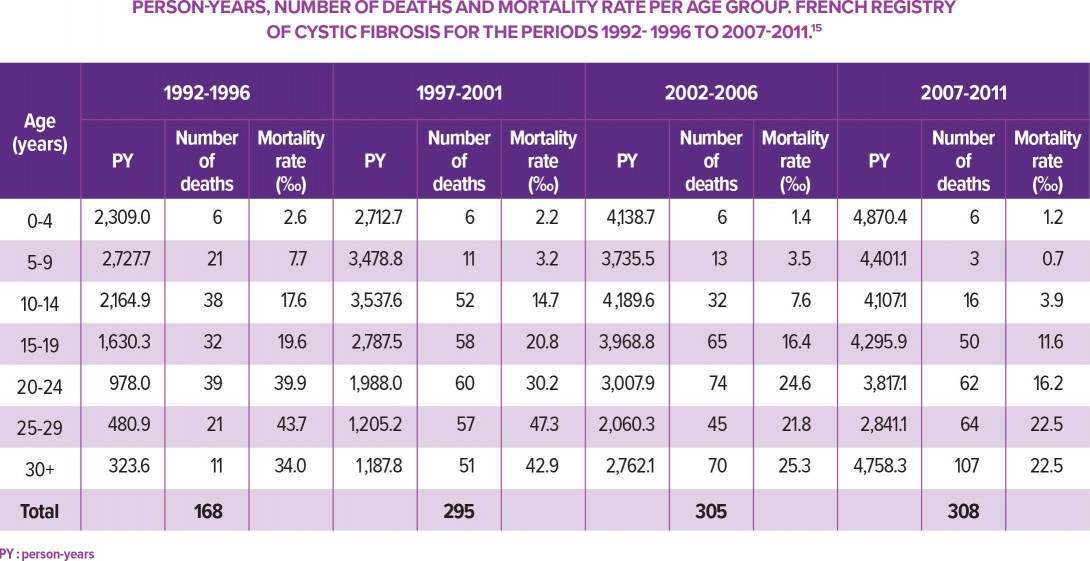 Antibiotics and risk of IBD in adults