Breast cancer is the most common female cancer in the world. In addition to genetic factors and already identified risk factors such as tobacco and alcohol consumption, other less known elements are also most certainly involved. Recently, several studies have highlighted the direct and indirect role of microbiota in the development of breast cancer. Here is the explanation13.

Before menopause, estrogens are synthesized by ovaries and later, other tissues take over (fatty tissue, brain, hypothalamus). A portion of estrogens produced are subject to chemical reactions of detoxification by the liver (which makes molecules harmless to the body) and then excreted in the bile. They are then transferred to the intestines where they are deconjugated by the microbiota before being reabsorbed by the tissues or released into the blood flow. Depending on the composition of the microbiota, this reabsorption means that hormonal metabolites with differentiated estrogenic activity are released back into the blood flow. It seems that breast cancer risk is contingent, as least partly, on the nature and ratio between metabolites and estrogens.

This “deconjugation” is led by bacterial genes, mainly an enzyme which is involved in the degradation of complex sugars and whose activity can be modulated by diet and by the intestinal microbiota. Blocking the actions of this enzyme could thus decrease the level of active estrogens released back into the blood flow and reduce breast cancer risk. This is precisely the hypothesis that a team of American scientists is currently testing in mice.

Some researchers also discovered a microbiota in the breast tissue. Its composition, and more specifically the abundance or lack of specific bacterial families, seems to be different whether the host is suffering from breast cancer or not. Other researchers made a similar finding in the intestinal microbiota, whose composition seems to vary depending on the stage of cancer. The alteration of the intestinal microbiota (dysbiosis) as a starting point for breast cancer is an avenue seriously considered by researchers

Is there a link between the different microbiotas?

At this time, all these assumptions are leads worthwhile to be investigated. Further research should focus on determining if there are links between the different microbiotas, and whether these links lead them to act together to generate an environment favoring the development of breast cancer. 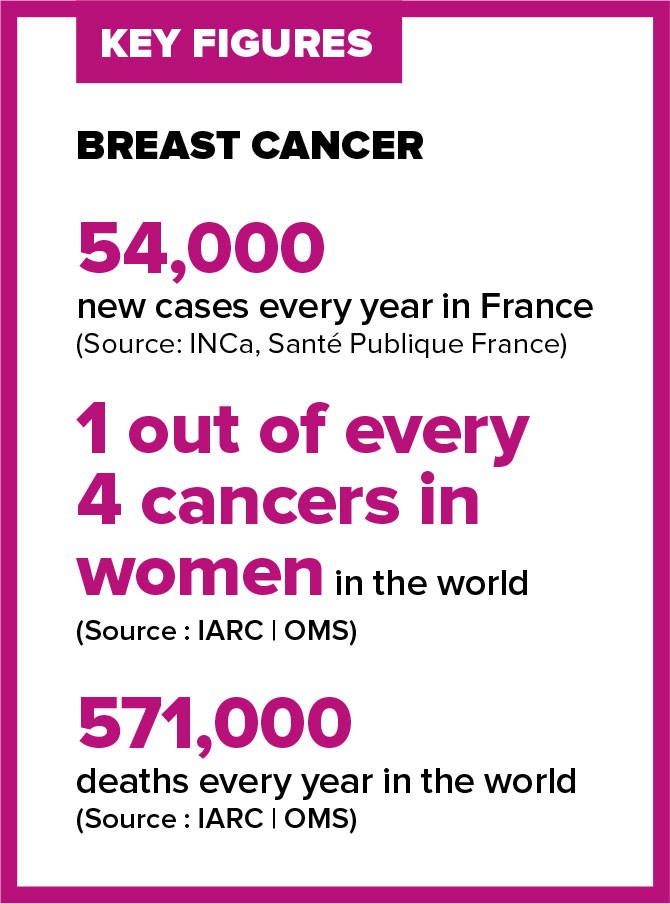 Bacterial vaginosis: could there soon be a vaginal microbiota transplant ?
Focus
Women and their microbiota
Created 09 October 2019

So far, the study of the postpartum cervicovaginal microbiota community has been neglected in HIV-positive ...

Professor Laurence Zitvogel is Head of the Laboratory of Tumor Immunology and Cancer Immunotherapy, a joint...

Is bacterial vaginosis a disease?

Vaginal microbiota plays an essential role in women’s health. It is mainly composed of lactobacilli, and pr...

Are certain women predisposed to STIs?

For several years, investigators have focused on the inte...