A reevaluation of antibiotic prophylaxis in hematopoietic stem cell transplants would be welcome as this treatment causes gut dysbiosis increasing the harmful effects of the immune response in graft-versushost disease.

Antibiotic prophylaxis prior to an allogeneic hematopoietic stem cell (HSC) transplant is common practice in hematology-oncology. Its purpose is to prevent bacterial infections associated with chemotherapy and radiation therapy, which both cause serious damage to the intestinal epithelium. However, this practice is believed to increase morbidity and mortality related to graft-versus-host disease (GVHD) in which T-cells from the donor turn against the recipient’s epithelial cells— mainly skin, liver and gastrointestinal tract cells. By killing commensal bacteria, antibiotics lower the resistance of the recipient’s gut to colonization. In addition, they are believed to promote the emergence of antibiotic-resistant bacteria.12,13

A HARMFUL DECREASE IN BACTERIAL DIVERSITY

The use of antibiotics also results in gut dysbiosis with decreased bacterial diversity, sometimes characterized by the proliferation of a single taxon such as Enterococcus, which may become predominant to the detriment of other bacteria including Faecalibacterium spp. and Ruminococcus spp. (both belonging to the Clostridiales order).13 This has a negative impact as these species produce butyrate, a compound that has the potential to induce growth and differentiation of Treg cells, which may reduce inflammation caused by the donor’s T-cells. As a result, the decline in these species could cause inflammation. Likewise, the presence of Blautia (Clostridiales) seems to be associated with lower mortality from GVHD. When combined with immunosuppressant and cytotoxic drugs, antibiotics could increase the risk of bacterial translocation, and therefore the propagation of pathogens to the various organs affected by GVHD.13 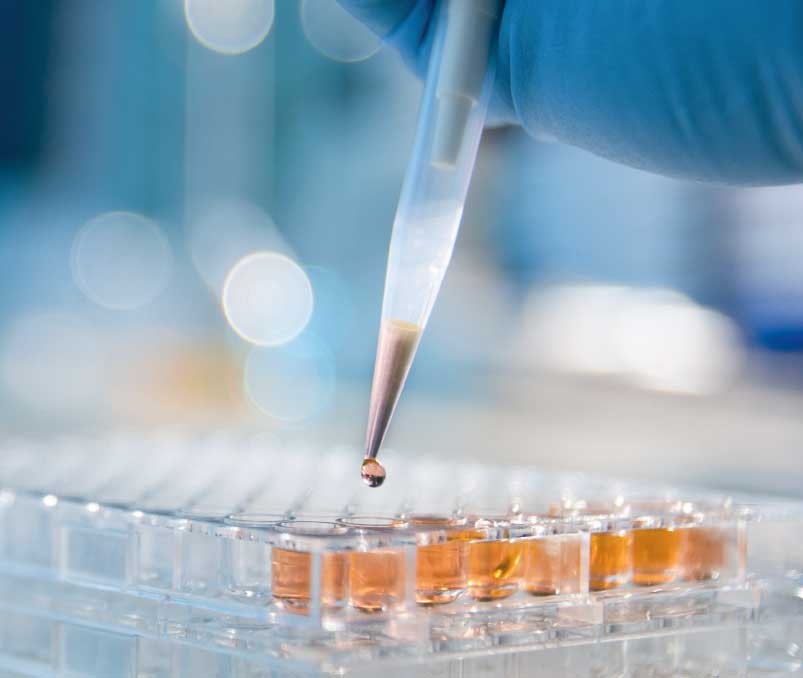 Real-time microbial profiling could help reduce potential harmful effects from antibiotic prophylaxis. Being able to detect a decrease in Clostridiales levels or lower diversity in the recipient’s gut microbiota would help identify highrisk patients and adapt the treatment (narrower-spectrum antibiotics, pro- or prebiotics or even direct SCFA supplementation, fecal transplant, etc.). Bacterial profiling could also prove useful in the follow-up phase to prevent the risk of relapse, especially by testing for the presence of Enterobacteriaceae in stools (Escherichia coli, Klebsiella spp., Enterobacter spp.) in order to prevent Enterobacter bacteremia. Donor gut microbiota should also be considered as low Bacteroides and Parabacteroides levels are typically associated with low SCFA concentrations. These are all promising avenues that could help improve the prognosis of allogeneic HSCT patients.12