Patrice Debré is Professor Emeritus of Immunology at the Sorbonne University and member of the French National Academy of Medicine. He was Head of Immunology at the Hospital Pitié-Salpêtrière (AP-HP, Paris) and led research units at CNRS and Inserm. According to him, the study of the gut microbiota is key to better understand many non-transmissible human diseases, and especially those that involve the immune system. 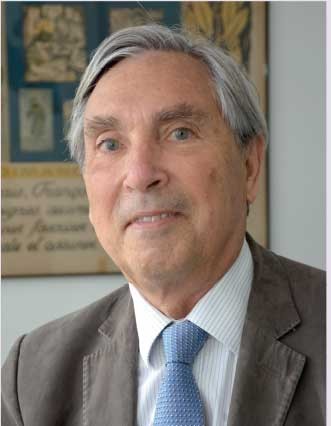 IMMUNE SYSTEM: TAKING INTO ACCOUNT THE GUT MICROBIOTA IS VITAL

What is the current state of research on the relations between immunity and gut microbiota?

Although the microbiota has been known since the days of Louis Pasteur, it was forgotten for a long time. However, it has been better understood in the past twenty years. Thanks to technical innovations (bacterial culture, metagenomics), bacteria from the gastrointestinal tract, which used to be poorly accessible, have been better characterized. We now have to refine our knowledge regarding their interactions with the body’s defense mechanisms, the way gut and other microbiotas are involved in the development of the immune system, which in turn has an impact on pathogen heterogeneity. The concept of “shaping” (or modulation of gut bacteria by the production of IgA in the gastrointestinal tract) is of foremost importance. This research approach is still poorly understood, but it should be critical in the years to come. Interactions between gut microbiota and immunity is a true shift in paradigm, and their results and study are not yet given their rightful place.

Do we know all the diseases associated with these relations?

There are many. Among those related to the immune system, in no hierarchical order, it is logical to mention autoimmune diseases and allergies, which are characterized by a breakdown of immune tolerance. Cancers are characterized by inflammatory processes and disruptions of the physiological balances between bacterial populations (dysbiosis). Less directly, regarding the role of the immune system, we should also mention obesity and metabolic disorders: bacteria-related inflammatory processes in the fatty tissue have been identified. Neuropsychiatric diseases could also be concerned: the intestinal production of serotonin that is transported to the brain through the vagus nerve should be further explored, but the link with immunity disorders is not obvious. Autism has also been mentioned: although the association with the gut microbiota is not crystal clear, it has already been suggested in several studies. Convincing mechanisms must be identified for the hypothesis to be confirmed.

Modulation of the gut microbiota: could it soon become a standard clinical practice?

One possibility could be to correct dysbioses or improve the gut flora with second-generation probiotics that are more targeted depending on the dysbiosis, compared to those from the first generation. Fecal microbiota transplants remain difficult because of the lack of standardization regarding protocol, sample collection or storage conditions. Modulation of the gut microbiota should rather be seen as an adjuvant: for instance, although the links between some bacterial populations and some types of cancer have been demonstrated, it would be unthinkable to manage without anticancer treatments. Standardized tests should be conducted to determine which populations should be grown and which should be destroyed. In a second phase, the efficacy of induced modifications should be confirmed and a durable colonization should be ensured. Before concluding anything, we should let research the time to progress.