Pr. Philippe Seksik: Towards an innovative management of IBD

Professor Philippe SEKSIK is a physician and researcher who works at the gastroenterology and nutrition department of the Saint-Antoine Hospital (AP-HP, Paris) and is the co-director of the “Microbiota, gut and inflammation” research unit at the Saint Antoine research center (UMRS_U938). 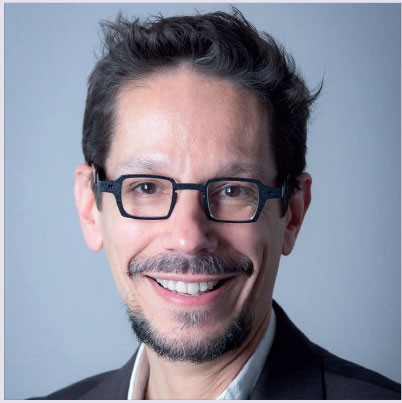 TOWARDS AN INNOVATIVE MANAGEMENT OF IBD

How is IBD diagnosed?

Because there is no specific test available, IBD diagnosis is based on an array of tests that the physician has to combine to confirm the inflammation and its chronic nature. In Crohn’s disease (CD) the inflammation may affect the entire gastrointestinal tract, while in ulcerative colitis (UC) it is confined to the rectum and colon. Usually, the diagnosis is made by a specialist. It is relatively simple and is supported by endoscopy and biopsies, and sometimes an MRI of the intestines. It should be reminded that 1 European out of 100 will develop IBD at one point in life, with Northern people being even more affected. IBDs are often detected in young patients: 28 years old on average for CD, and around thirty for UC–for which a second peak is also observed at around fifty years old, a few months after quitting smoking. (While smoking worsens CD, it paradoxically limits UC symptoms).

Which type of solutions can be offered to patients?

The difficulty of managing CD and UC lies on the adjustment of the background treatment that prevents anatomical damages caused by successive flares, and the need to delay as much as possible any surgical procedure. As for the treatment of exacerbations, it is important to avoid the use of corticosteroids, which are responsible for too many adverse effects, morbidity and mortality. In the absence of a reliable biomarker of clinical severity, finding a balance is quite a subtle exercise... Moreover, patients with colonic IBD must be closely monitored to confirm the absence of dysplasia (thus the absence of cancer over time) and to avoid any infection (tuberculosis, herpes...) when prescribing one or several immunosuppressants (vaccination schedule and serological surveillance for instance). And finally, patients must be accompanied on their everyday life: studies, travels, sexuality, marriage, children, diet... because IBD can be very disabling in some patients (30 to 50%).

The microbiota, a major therapeutic avenue for today and tomorrow?

Research surrounding IBD is very active and includes the search for new molecules, flare management and implementation of treatment strategies. Among them, the gut microbiota is undoubtedly a promising research avenue: we are starting to understand that the gut microbiota is responsible for triggering and maintaining the inflammation of the gastrointestinal system. The microbiota and its host communicate through many symbiotic actions related to species coevolution. But, for unknown reasons, these symbiotic relationships sometimes malfunction, which is why research is greatly needed to find mechanisms of action to modulate the microbiota and restore potentially impaired functions through the administration of probiotics, metabiotics (microbiota metabolites) or fecal microbiota transplant (a pragmatic method to replace the unbalanced microbiota by another one deemed healthy).

Expert opinion
Use of probiotics
Focus