Infections of the lower urogenital tract are extremely common amongst women: seven out of ten women will suffer at least once from a urogenital infection or vulvovaginal candidiasis, while an even greater number will develop bacterial vaginosis at one point in their life.

Uncomplicated lower urinary tract infections are much more common amongst women than amongst men.

Rarely linked to a structural abnormality, they occur when a pathogen from the digestive system– often Escherichia coli–travels up the urinary tract and colonizes it.

SEVEN OUT OF TEN WOMEN

With 150 million new cases each year, urinary tract infections (UTIs) are a global health problem. A gender imbalance is evident in the case of UTIs, with women twice as susceptible as men in the same age group. One in three women is diagnosed before the age of 24, one in two before the age of 35, and up to seven out of ten once in their lifetime (30% on a recurrent basis).1

The frequency of UTIs increases with age and following two key events, the commencement of sexual activity and the menopause.2 Distinguishing complicated UTIs from uncomplicated cases is clinically important, since this will determine the duration and type of treatment. In general, uncomplicated UTIs are found in patients with no anatomical or functional abnormalities of the urinary tract, whereas complicated UTIs are more common alongside factors such as urinary tract obstructions, pregnancy, immunosuppression, fever, catheterization, renal failure, or diabetes mellitus. Prolonged symptoms (> 1 week), non-response to treatment and bacteria that persist despite treatment are also characteristic of complicated UTIs.1 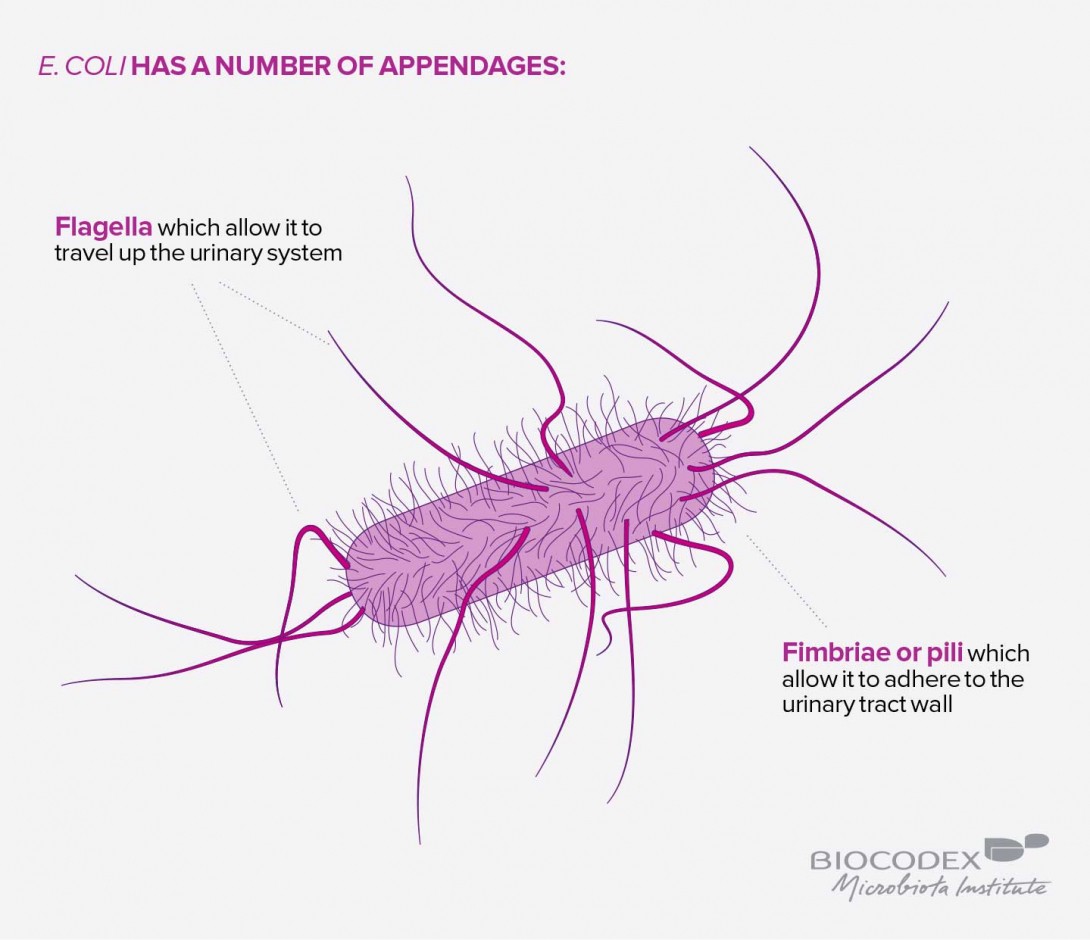 Urinary tract infections are rarely the result of an underlying structural abnormality and are instead usually caused by a colonization of the vagina and periurethral area by uropathogens from the digestive tract which travel up the urinary tract. The virulence of pathogens, particularly E. coli, is mainly due to their adhesion capacity, which enables them to colonize the urinary system up to the point where biofilms form inside the urothelial barrier, protecting the pathogens from the host’s immune system.1